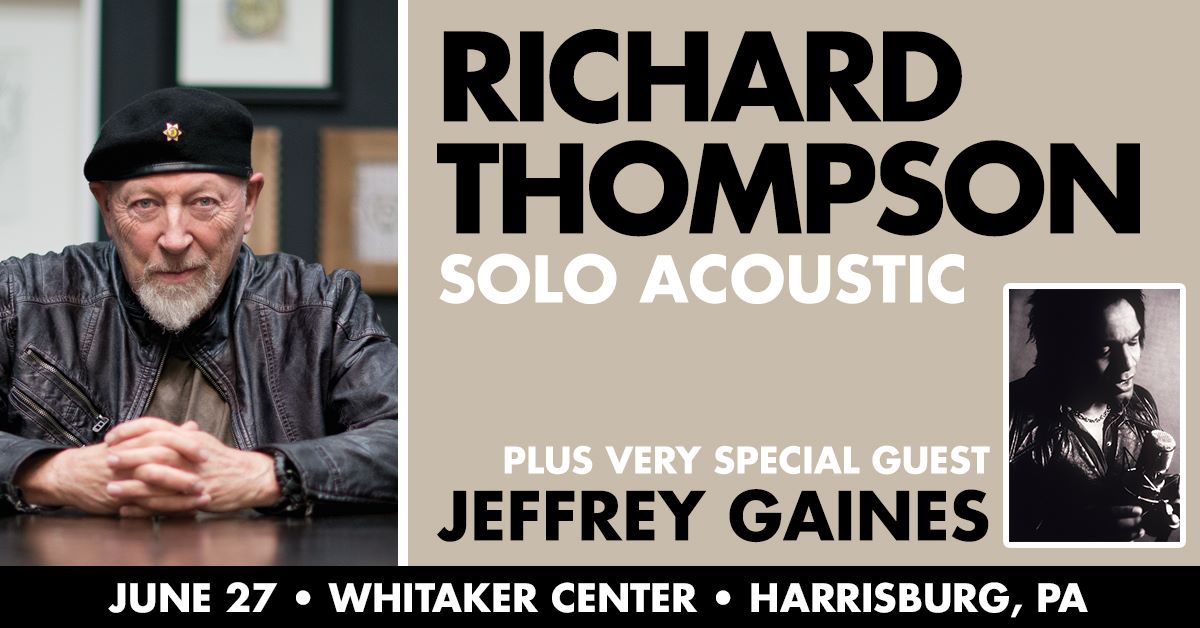 In 2017, Ivor Novello Award-winning and GRAMMY ® Award-nominated legend Richard Thompson gave himself up to the music itself. Picking up a guitar, emotions echoed through his deft fleet-fingered fretwork, poetic songwriting, impassioned picking. Those transmissions comprise his nineteenth solo album and return to New West Records, 13 Rivers.

Richard says, “The songs are a surprise in a good way. They came to me as a surprise in a dark time. They reflected my emotions in an oblique manner that I’ll never truly understand. It’s as if they’d been channeled from somewhere else. You find deeper meaning in the best records as time goes on. The reward comes later.”

Thompson’s influence can’t be overstated. Everybody from Robert Plant, Don Henley, and Elvis Costello to REM, Sleater-Kinney, and David Byrne has covered his music. Wilco’s Jeff Tweedy jumped at the chance to produce 2015’s Still —which earned plaudits from Pitchfork, The Guardian, Rolling Stone, and more. Meanwhile, Werner Herzog tapped him for the soundtrack to Grizzly Man. He launched his career by co-founding trailblazing rock outfit Fairport Convention responsible for igniting a British Folk Rock movement.

Since Jeffrey Gaines self-titled debut was released, this expressive and dynamic singer, guitarist, and songwriter has been heralded for his soul-searching confessional lyrics and his powerful live performances. His accolades include an Emmy nomination, POLLSTAR”S best live solo artist, and worldwide arena tours followed by headlining club and theater tours. To quote ROLLING STONE, “Jeffrey Gaines is an ethereal soul….insistent, impassioned, full of self-knowledge. He is the voice of a new generation.”