Before Whitaker Center became a reality, there was a need to create a place which promoted science, the arts, and could culturally enrich the downtown area. This common ‘need’ emerged in the late 1980s, when local community leaders, business leaders, city planners, art associations and government officials came together.

The collaboration between these groups resulted in "Cultural Connections: A Cultural Plan for the Capital Region.” It was the Cultural Plan that proposed creation of a center that "would contain a fine arts museum, a new home for the Museum of Scientific Discovery, and a 400-600-seat theater with workshop, rehearsal, and studio space."

In 1993, initial funding in the form of generous grants from the City of Harrisburg and Commonwealth of Pennsylvania were obtained. The Whitaker Foundation pledge of $7 million in March 1994 set the fundraising efforts in full motion. The Whitaker Foundation and Helen F. Whitaker Fund provided $8.2 million in leadership gifts for the campaign, ultimately contributing a total of $16.8 million. Other forward-thinking individuals, foundations and corporations began to provide gifts to the Leadership Gifts Campaign under the honorary chairmanship of Rite Aid founder Alex Grass. By September of 1997, ground was broken on the corner of Third and Market Streets in the heart of downtown Harrisburg and Whitaker Center for Science and the Arts, a $52.7 million public-private partnership, was born. 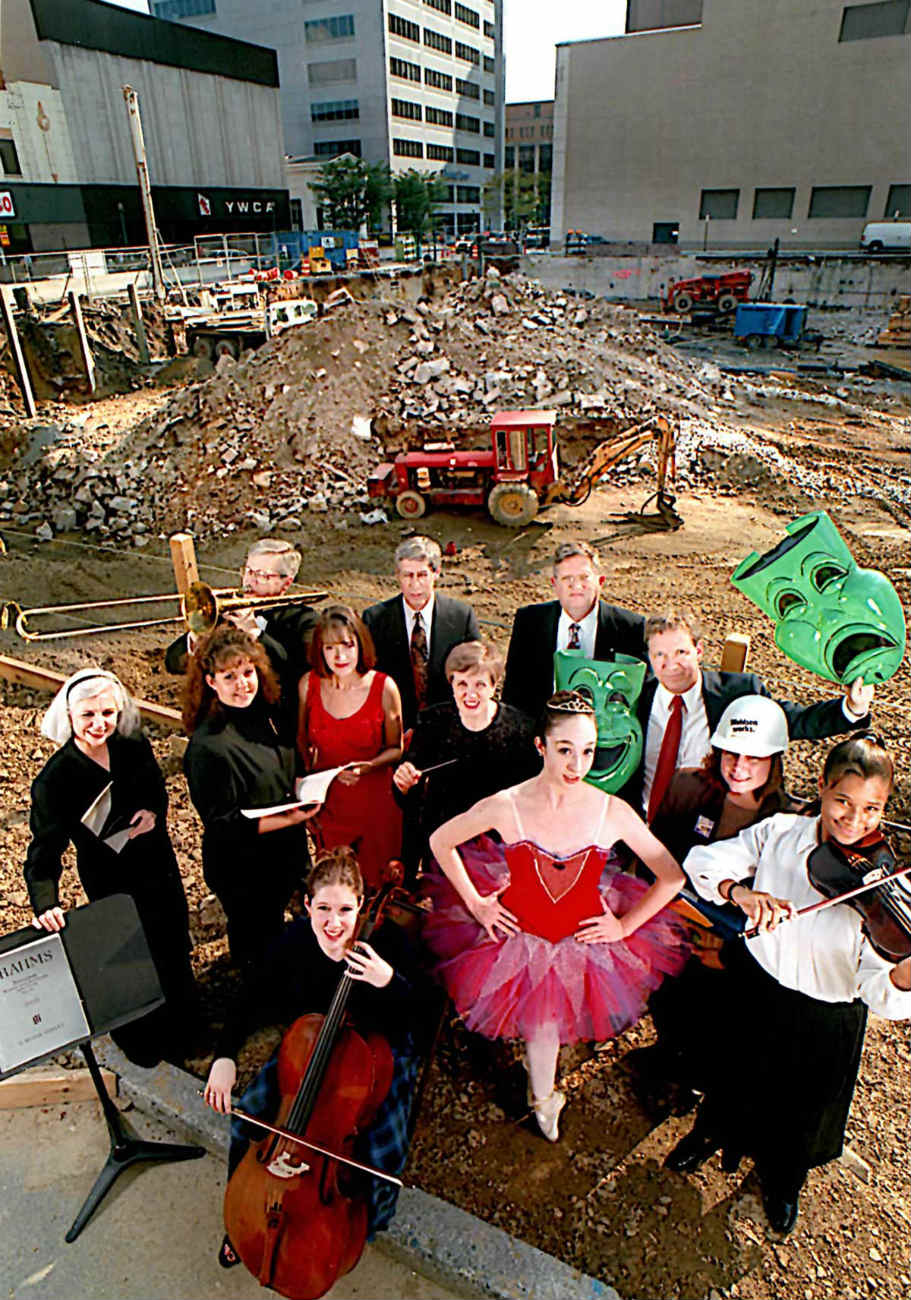 Whitaker Center opened its doors on September 9, 1999, welcoming visitors to a unique experience in education and entertainment. It was named in memory of the founder of AMP Incorporated (now TE Connectivity), Uncas A. Whitaker and his wife Helen F. Whitaker, in recognition of more than $8 million contributed by The Whitaker Foundation and the Helen F. Whitaker Fund. The Whitaker Foundation was established upon Uncas’s death in 1975 to support biomedical engineering research and education. His wife, Helen, created The Helen F. Whitaker Fund, which supported training for classical musicians. Both foundations provided major support to build the facility. Whitaker Center is an enduring legacy to their generous philanthropy and regional stewardship. After years of making grants to the region and the nation, both foundations closed in 2006.

(Former) Mayor Stephen R. Reed, who was an integral part of the project, proudly referred to Whitaker Center for Science and the Arts as "Harrisburg's Crown Jewel."

Thanks to the support of many visionaries throughout Pennsylvania and the surrounding region including more than 300 corporations, foundations and individuals have invested in Whitaker Center, a cultural center which directly impacts the area in which they live, work or serve. Whitaker Center is especially grateful to Harsco Corporation, Select Medical Corporation and Sunoco for their naming gifts of Whitaker Center's three venues and continued philanthropic support.

The official registration and financial information of the Capital Center for the Arts, Science and Education, Inc. may be obtained from the Pennsylvania Department of State by calling toll free, within Pennsylvania, 800-732-0999. Registration does not imply endorsement.