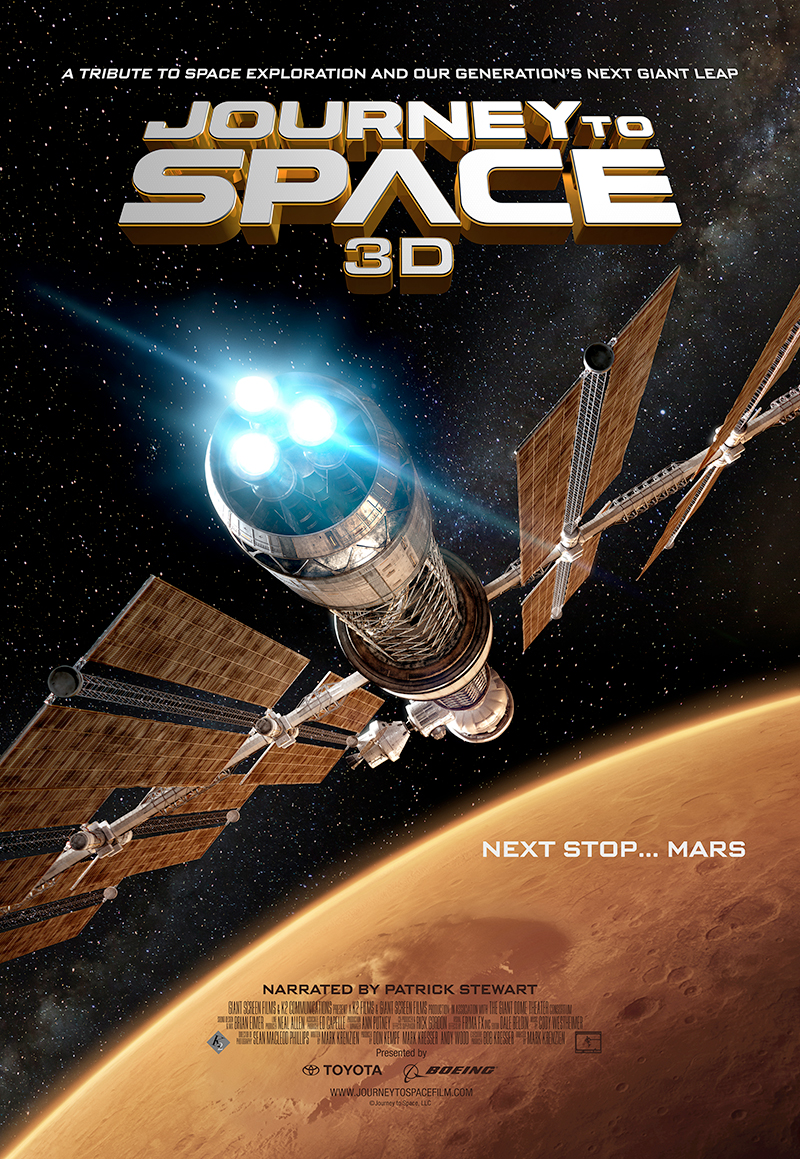 Boldy go where no one has ever gone before!

In the past half century, humans have punched through the stratosphere, walked on the moon, and lived continuously in orbit. In the coming decades, our unquenchable curiosity will take our species beyond the cradle of Earth to touch the face of another world.

NASA’s next era will be its greatest yet. That is the clear “roadmap” painted by Journey To Space. By using extensive interviews with astronauts Chris Ferguson (Commander of the final shuttle mission) and Serena Aunon (a new astronaut chosen for future flights), as well as a brilliant narration by film and television legend Sir Patrick Stewart, Journey To Space gives a sweeping overview of past space accomplishments, current activities and future plans.

Strap in for the next giant leap. Next stop...Mars!

*Whitaker Center Members save $2 per ticket