Bring your lunch and enjoy the hidden, local musical treasures in the AMP Lobby or Kunkel Gallery! Come and go as you please! 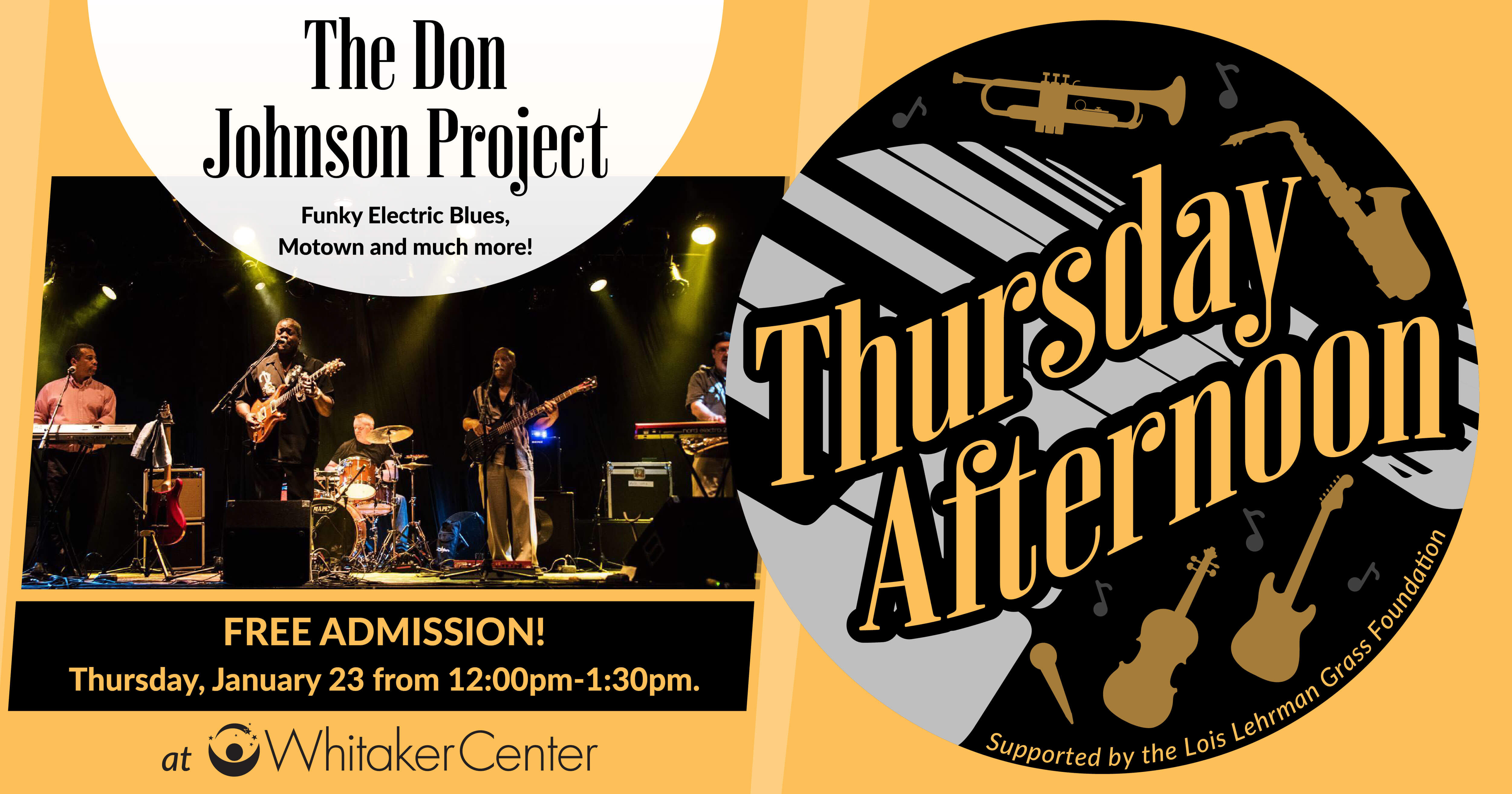 A native of Virginia, Don Johnson lives in the Harrisburg area and has been playing guitar since the age of 6, entertaining for nearly 50 years.

Influenced by such greats as Albert King, Buddy Guy, BB King and Jimi Hendrix, Don's soulful vocals and creative guitar were featured in a Blues musical called The Tear Jar , an original blues show in 2008. Although he has played in many bands over the years, The Don Johnson Project participated in the 2008 and 2009 International Blues Challenge in Memphis, Tennessee.

Also coming up on the Thursday Afternoon series:

Thank you to our presenting sponsor:
Lois Lehrman Grass Foundation