Beginning March 12, 2021, Whitaker Center will be open by reservation only! Please review our Health & Safety Procedures prior to purchasing a ticket to visit us! Read More »
SHOWTIMES 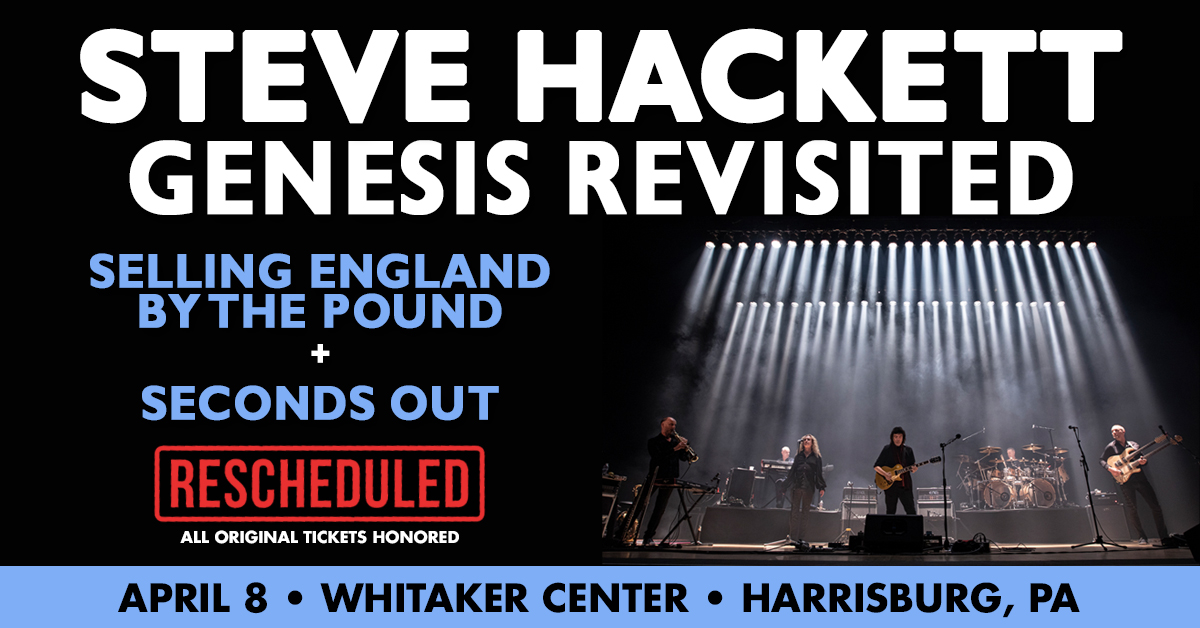 STEVE HACKETT is renowned as an immensely talented and innovative rock musician. He was lead guitarist with GENESIS as part of their classic line up with Gabriel, Collins, Banks and Rutherford, that produced acclaimed albums such as SELLING ENGLAND BY THE POUND (a favourite of John Lennon). With Steve's extraordinary versatility in both his electric guitar playing and his composing, he involves influences from many genres, including Jazz, World Music and Blues. He is equally adept in his classical albums.

GENESIS’S induction into the ROCK and ROLL HALL OF FAME in March 2010 stands as a testament to the enduring qualities of their music. Steve has always held a torch for the classic Genesis music. His GENESIS REVISITED II, a double CD, involved several iconic artists and contains many Genesis favourites. It was released in late October 2012. A Genesis Revisited worldwide tour in 2013 was followed by a Genesis Extended tour in 2014 and has continued to tour his particular brand of GENESIS REVISITED by popular demand, interspersed with the might and majesty of his own solo material. 2019 saw the performance debut of SELLING ENGLAND BY THE POUND, and for 2020, STEVE will be performing SECONDS OUT, the GENESIS live album which was recorded from their concert at the Palais de Sport in Paris, in June 1977.

For the rescheduled shows postponed in March 2020 due to the Coronavirus pandemic, STEVE will be performing material from both SELLING ENGLAND BY THE POUND and SECONDS OUT. Supported by some of the best musicians on the planet, this is a show you will remember for a long time …