Don't miss this special screening of Immortal Beloved (watch trailer below) in the Select Medical Digital Cinema at Whitaker Center and enjoy a sneak preview taste of Troegs Brewery stout!

Your ticket includes a sample of the limited edition Troegs Brewery stout, admission to Immortal Beloved AND a general admission ticket to Music in the Key of We: An Anniversary Celebration of Community on April 4, 2020 at the Farm Show Complex. 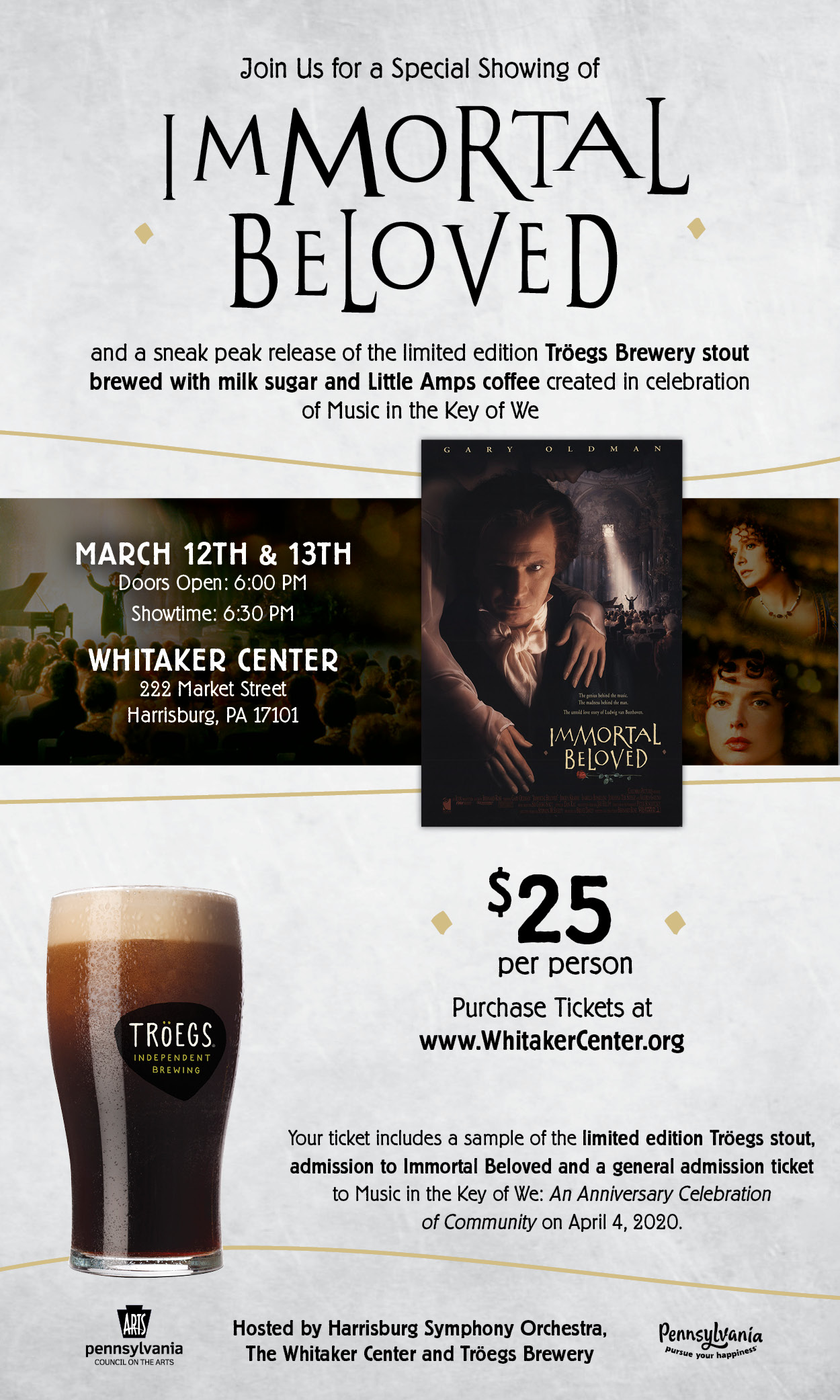 Your Immortal Beloved ticket includes a general admission ticket to: