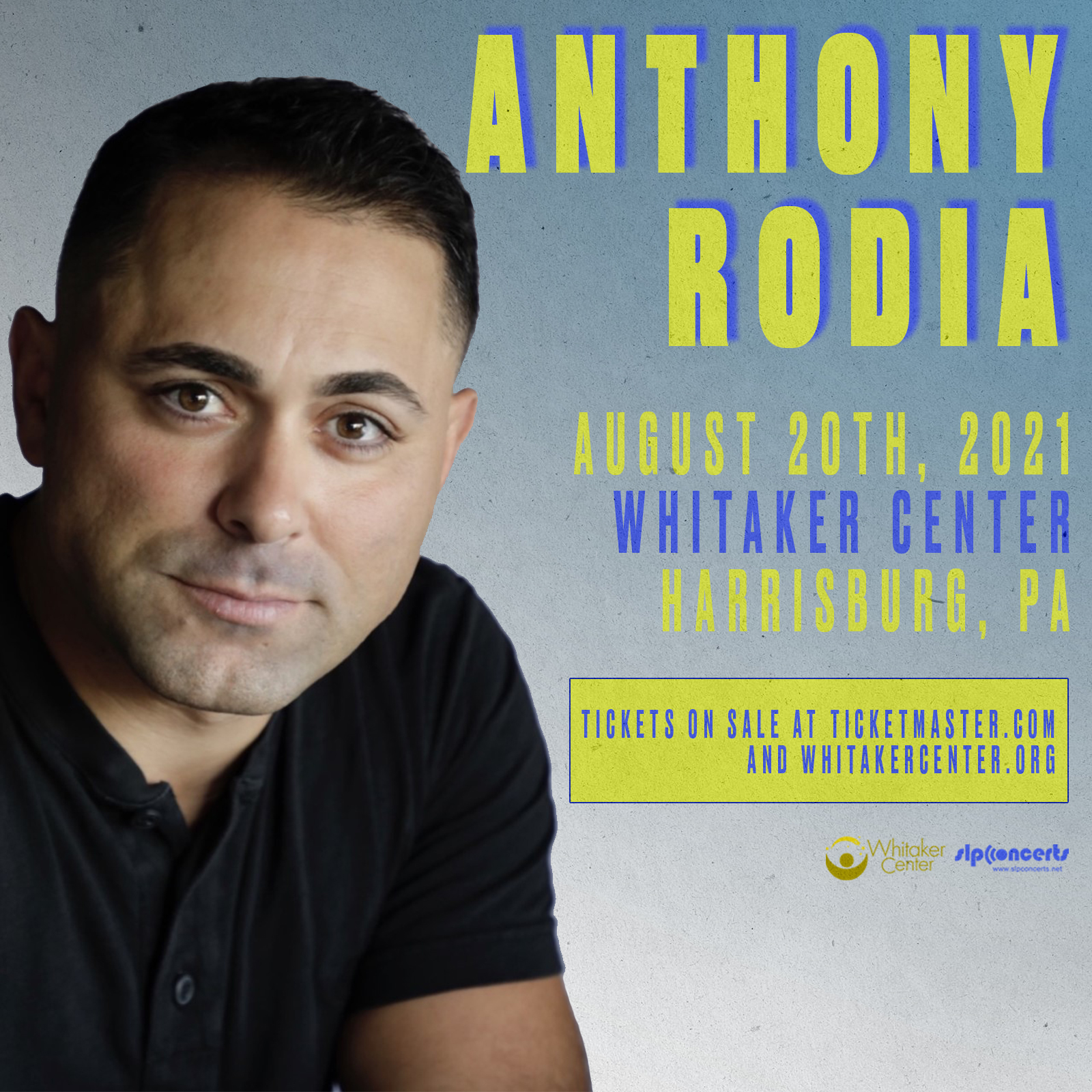 You know the crazy uncle you love but can’t be out in public with or the nutty aunt who will speak her mind to your friends and neighbors (whether they asked her to or not)? Well, they’re both present in the comedy of Anthony Rodia along with relatable, real, and razor sharp observations on marriage, parenthood, road rage, and everything else worthy of a social media rant. Within just two years, his ability to intimately depict life in all of its absurdity has attracted a rabid audience comprised of over 700,000 social media followers with 22million-plus YouTube views. Selling out shows left and right nationwide and appearing on programs such as Elvis Duran and the Morning Show, Good Day New York, and Elizabeth & Elisa on News 12, he quietly claimed the throne of “KING OF OFF THE BOAT COMEDY.”

“I wanted to do something different,” he says. “With each video and at every one of my shows, I’m dragging you into my world. You’re a part of my upbringing, or you’re at home with my wife and kids. I don’t write my humor based on what I think is going to be funny; I write my humor based on what I think people are going to relate to the most. I’ve found you laugh at what you connect with. Anything connected to home makes it even funnier.”

A first generation Italian-American born and raised in Westchester, NY, Anthony loved making people laugh from the first moment he could. His mother kept home videos of her six-year-old son imitating aunts, uncles, and grandparents at Christmastime and leaving the room in stitches. After sneaking downstairs to watch Andrew Dice Clay on New Year’s Eve (without the adults noticing), he developed a lifelong passion for comedy. Citing Richard Pryor, George Carlin, Eddie Murphy, and Robin Williams as formative influences, he never missed an opportunity to pull a prank at school or attract a crowd in the hallway with a spot-on impersonation of a teacher. He dabbled in comedy with a few open mics in his early twenties, but he ultimately took a different career path and became a finance manager of a luxury car dealership.

After hearing unstoppable laughter from a movie theater crowd during Deadpool 2, he chose to finally pick up comedy again. As a test run, he filled a local theater with friends and family. Sellouts followed at hotspots such as Caroline’s on Broadway, Governor’s Comedy Club, Levity Live and more. Exiting his day job in 2019, he performed 100 shows in just nine months and increased his social media imprint by nearly 1,000% with a nonstop series of videos. “ROAD RAGE WEDNESDAY” became a fan favorite, but Uncle Vinny and

Zia Lucia transformed into a phenomenon. With Anthony playing these insanely lovable characters (house dress and all), he brought the stories from his stage routine to life in cinematic fashion. “Uncle Vinny came by accident, and I had to give him a wife, so I created Zia Lucia who is basically five or six of my aunts rolled into one,” he says. “I have four or five conversations going on in my head at any given time!”

At the same time, he consistently pushed himself. No two videos or shows would ever be the same.

“Everybody says I’m crazy, because I’ll say something on stage I just came up with an hour ago,” he admits. “I don’t want the audience to have the same experience twice. The only way I can keep building this business without getting old and tired is to try to be funnier than I was yesterday. That’s the approach I take. Can I push the envelope more? Can I get more creative with my characters? It’s nonstop.”

With the onset of quarantine, he made the most of a captive audience, delivering a staggering 86 videos in a row. Additionally, he performed his biggest gig yet, a virtual performance livestreamed worldwide from Wall Street Theater in Connecticut closing out the summer 2020.

With shows planned for legendary spots such as Foxwoods, countless videos, and surprises on the horizon, Anthony will bring everyone even closer with each new routine.

“I channel what you dealt with when you were young, what you’re going through with your spouse, and what you’re experiencing with your kids, and I’m relating it to you,” he leaves off. “It strikes a nerve. I have a way of saying what most people are thinking—but don’t say because they don’t want to offend anybody. I’m really thankful it’s resonated, and I’m not going to stop.”