An Evening with Brian Culbertson

An Evening with Brian Culbertson 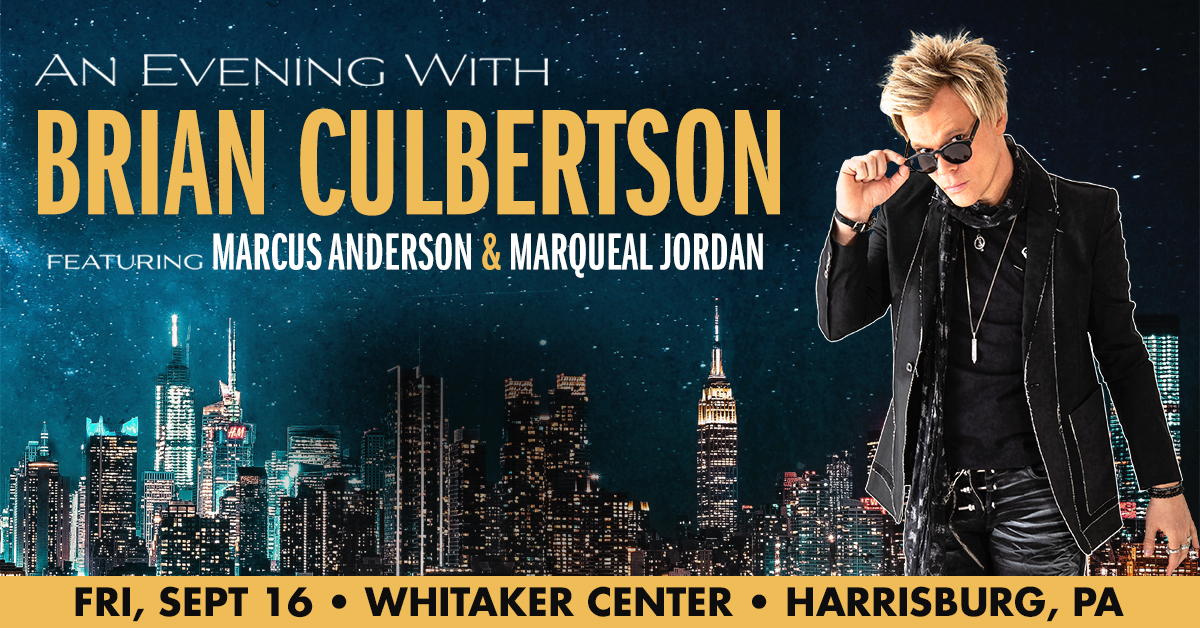 Over the course of crafting a 25-album catalog and architecting nearly 40 Billboard No. 1 singles as a multi-instrumentalist, songwriter and producer, Brian Culbertson has charted his own unique course in music. Label him jazz and he makes a funk record. Call him an R&B artist and he drops an acoustic jazz trio collection. Brand him pop and he creates a 32-minute New Age opus. And you’d be hard pressed to name another instrumentalist of his ilk who can mount an elaborately designed concert production that will keep him on the road for three consecutive months.

Culbertson burst onto the scene in 1994 with a chart-topping album that he recorded in his college apartment featuring keyboard-led contemporary jazz tracks. “Long Night Out” landed him a lengthy record deal and signaled that a star was born.

Flash forward to present day, Culbertson composed thirty songs that populate the three albums in “The Trilogy” that describes the three-part arc of a long-term relationship: the hot and steamy “falling in love” phase, the rocky middle when perhaps they even break up for a bit, and the couple reunites to live “happily ever after” phase.

“Hearing the three albums in a row provides the context.  All the songs on ‘Red’ (October 2021) were clearly about passion and love.  ‘Blue’ (January 2022) is melancholy and sad songs, breakup songs and ‘losing people’ songs.  Once you get to part three, ‘White’ (May 2022) is all about songs that have an uplifting feel to them.  Emotionally, they all feel similar even though they are stylistically broad” said Culbertson.

Possessing style, panache and a savvy business mind capable of moving the needle in music and beyond, Culbertson founded and curates the annual Napa Valley and Chicago Jazz Getaways, which have attracted guests from all over the globe to experience his premier events.

Whether you’re listening to music from “The Trilogy” on record or live in concert, you’re hearing an eclectic, entertaining and engaging set from an artist at the peak of his power.